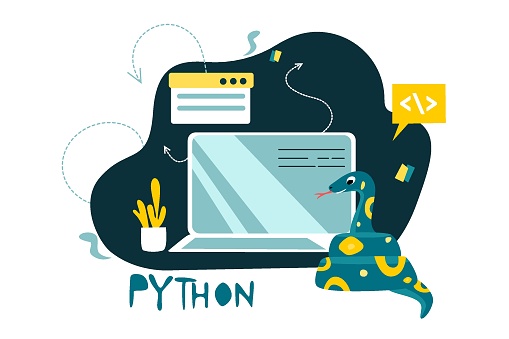 In October 2021, Python made headlines as the world’s most popular programming language, beating out longtime leaders C and Java. It’s a coding powerhouse with applications across industries, and it’s easy for beginners to learn and use for:

What kind of programming language is Python? 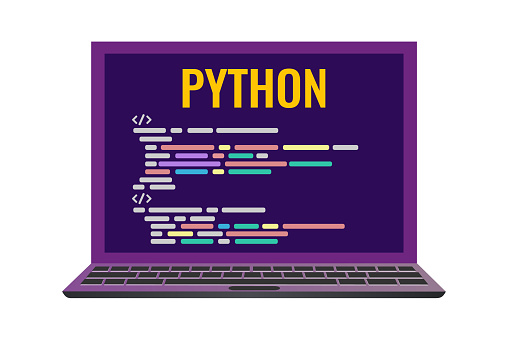 Python is a general-purpose programming language. Unlike domain-specific languages like HTML or SQL, which serve specific functions, Python can handle a broad range of tasks. Its uses range from task automation and data analysis to software development.

There are several types of general purpose languages. Python is an object-oriented programming language, meaning that it separates its code into self-contained entities called “objects.” Each object includes data and the code that processes that data.

Objects make code more maintainable and easy to transfer from one project to another. Being an object-oriented language is part of what makes Python an efficient, user-focused language.

What are Python packages and modules?

Portable, well-organized code forms the foundation of Python. Instead of having to code everything from scratch, users can take pre-written Python code from resources known as packages or modules.

What are Python libraries and frameworks?

Python programmers can package modules into libraries and frameworks. At the simplest level:

You’d use a module and a library to create your own code structure. A framework is more like a scaffolding — something you can take as a whole and drop in your own details.

Frameworks are popular in web and app development tasks because they eliminate repetitive work, letting developers get creative faster.

What are the applications of Python? 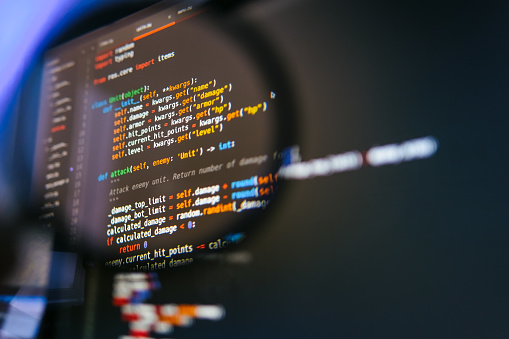 Python was designed for mass usability from day one. Guido van Rossum wanted his language to be:

In many ways, he succeeded. Python’s simple syntax and readability has made the language popular with developers and non-developers alike. Today, a vast Python programming community spans multiple industries.

There are two parts to any web application: the front end and the back end:

For web developers, Python is primarily a back-end language. It provides the code that fetches user-requested information from required databases, then returns that information to the user.

Some frameworks, including Django and Pyramid, are full-stack. They work on the front and back end, offering more functionality to developers.

In a survey by data science technology company Anaconda, 96% of respondents said they use Python at least occasionally, while 63% say they use it always or frequently.

Data scientists use Python to build complex machine learning algorithms that can handle large volumes of data. Python is the language of choice because it’s simple and scalable, while also offering multiple machine learning and data processing libraries. For example:

Python also has several ready-to-use automation frameworks, including PYUnit and UnitTest, that let data scientists run experiments quickly and easily. The faster the test, the more quickly it delivers results.

Python helps data analysts do their jobs more efficiently and get more out of large data sets. Analysts use many of the same standard libraries as data scientists, including:

Data is only valuable if decision-makers can look at it and understand trends, patterns, and relationships. Data visualization makes this easier by converting raw data into charts, graphs, plots, and other accessible graphic representations.

Python offers a variety of graphing libraries that let you create any kind of visualization you might want, from basic bar graphs to interactive charts. Some of the most popular data visualization libraries include:

You can create simple graphs and charts as a basic user, or advance your skills and develop highly complex visualizations for expert audiences.

In  the past few years, the world has made major strides in AI—getting computers to mimic human intelligence. One of the most popular forms of AI today is machine learning, which teaches computers to learn from patterns.

Most importantly, Python offers a wide range of libraries specifically designed for machine learning. Among the most popular are:

Alongside MATLAB, Python is a go-to language for developing these mathematical models. It’s easy to learn, has plenty of support documentation, and offers multiple input/output options to simplify data processing.

Tools like these are essential in today’s scientific computing world, which handles an ever-increasing volume of data.

Programmers, engineers, and researchers always look for ways to automate repetitive tasks, such as checking for file errors or scrubbing data. The process of coding these automations is called scripting.

Python is the ideal scripting language. Thanks to its simple syntax and readability, even relative beginners can use it to write basic automations. There are multiple scripting features built into the language, and many of its libraries have scripting resources.

You can automate nearly any repetitive task with Python, including:

There are many more automation options beyond these, thanks to Python’s extensive libraries and support for different data structures. And if your target automation doesn’t match with one of Python’s existing structures, you can create your own.

Python is widely recognized as one of the best and most useful programming languages for the finance industry. It’s approachable for non-tech professionals to learn and can handle both basic and advanced tasks, such as:

Python is an important part of the programming educator’s toolkit. A reported 71% of educators use Python to teach machine learning and data science, while 88% of students learn Python to enter those fields.

Python is a valuable educational language for several reasons:

Python is the go-to educational language for leading institutions, including the famous Massachusetts Institute of Technology. In 2018, its Introduction to Computer Science and Programming Using Python became the most popular massive open online course (MOOC) in school history.

Video game development isn’t the most popular use of Python, mostly because competitors like C++ and C# are faster and more powerful. Still, popular video games like Battlefield 2 and Civilization IV have used Python for select elements.

Also, the Python library PyGame has been a go-to resource for many beginner game developers. PyGame is free, runs on any platform, and is accessible to anyone with a basic knowledge of Python programming.

Interestingly, a popular game engine called Godot bases its native scripting language, GDScript off of Python. Folks who learn Python and want to make video games will feel at home scripting in Godot.

Where can beginners learn Python? 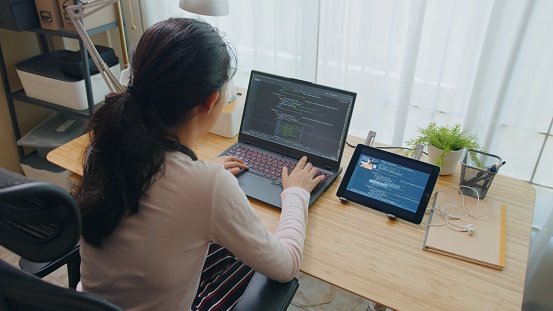 edX offers Python courses from some of the world’s top institutions, including MIT and Harvard University. Some are basic introductions, while others show how to apply Python to disciplines like predictive modeling and data engineering. Check out your options today, and get ready to add this valuable skill to your programming resume.

You can also find a Python tutorial on almost any coding app or educational platform, thanks to the language’s growing popularity. Any one of them will introduce you to basic commands and Python vocabulary, but they’re not all of equal quality. If you want to be a Python developer at every level, it’s worth finding a reputable course.

What Jobs Can I Get With Computer Programming?