Will Programming Be Automated?

It's no secret that robots and machines have been replacing workers across all industries, from manufacturing to service. But what about the work of creating machines itself? Could machines replace humans to automate the building and programming machines? Will programming become automated?

Programming has come a long way since its inception, taking on more human-like characteristics. Recently, the World Economic Forum predicted that artificial intelligence would soon take over a significant number of developers' jobs, programming included. Instead of replacing humans, however, programming will shift into something altogether different.

Let's explore the future of humans in programming.

Will programming be automated in the future? 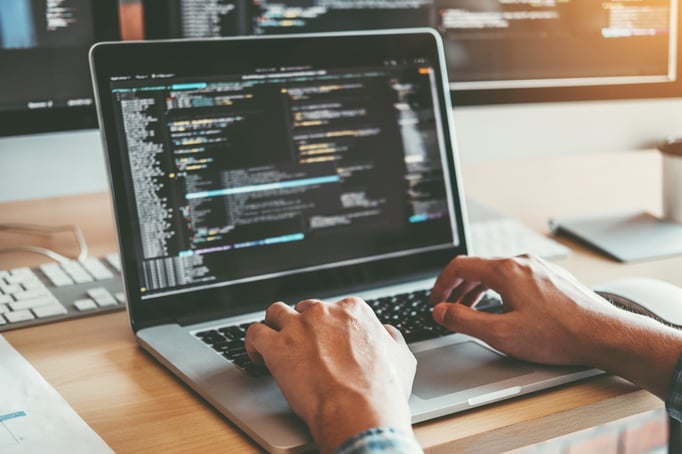 The short answer is yes. Humans will turn over the bulk of programming in software engineering to artificial intelligence. Before you panic, consider this. Coders aren't making themselves obsolete by using automation tools—just more efficient.

Artificial intelligence speeds up program writing by taking over mundane yet time-intensive tasks. AI can check for mistakes or incorrect codes. Auto-complete suggests code strings to shorten the time to completion. It documents. It compiles. It makes hundreds of pages of code less painful and more intuitive. What's not to love?

Reducing the Risk of Errors

It's frustrating to build an entire program to launch and find bugs. The pressure to get products to the market reduces the time programmers can spend rooting out weaknesses in their programming. Hopefully, bugs don't derail the entire program, but they ruin a launch.

Debugging and AI make a perfect partnership. AI can crawl hundreds of lines of code faster than human programmers. With this power, they reduce the time to market or launch without sacrificing accuracy or quality.

Humans are creative. They're problem solvers and decision-makers. However, humans aren't always good at knowing the scope and boundaries of a project in programming.

Automation won't replace humans entirely, but they will need to evolve. For example, AI shines in repetitive tasks. If you tell AI to do 100 calculations, it won't complain or get bored, and it will complete them all in a fraction of the time a human does. If you tell AI to handle a manifold extending into 30 dimensions, it's not a problem.

Organizations still need humans to identify critical features of the program and how programs can apply to unique problems. They answer tricky questions. They can analyze multiple possibilities to find the best solution.

Instead of writing code themselves, coders will remain to curate the training data AI uses to write code and analyze the gray areas that come up. Their expertise and oversight offer the perfect partnership for a new programming paradigm.

Programmers will need to learn these new technologies just like they learned programming languages. As new jobs come up, software engineers might find these skills the differentiators that set them apart from other applicants in a competitive job search.

Is there a future for programming? 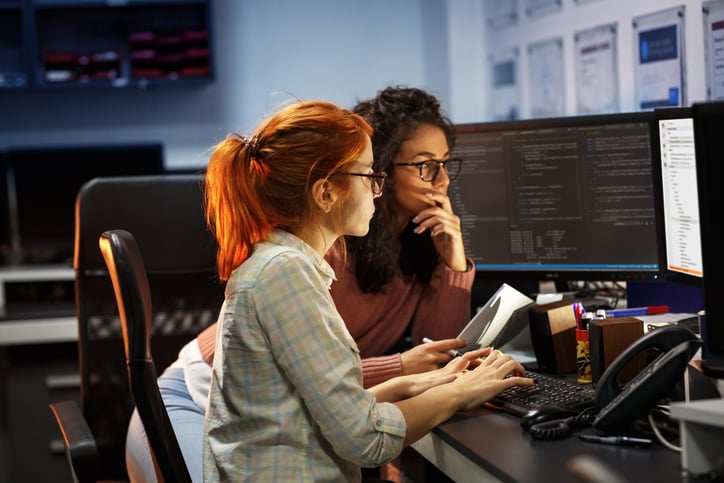 Software developers should embrace what artificial intelligence can do for the field. It reduces the amount of mundane work in programming and opens up programming for higher-order, creative tasks. Developers don't sacrifice accuracy or create weaknesses in their code but can successfully leave behind the parts that take too much time with little payoff.

The technology still needs refining. Someone needs to work through the programs, curate the training data, and ensure that results produce a workable code.

Is coding a promising career in 2022? 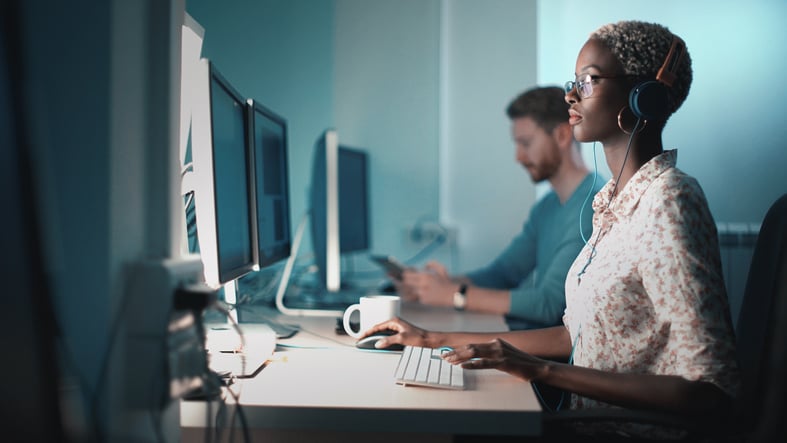 Another short answer: Yes. Coders are needed across sectors, from data science and software engineering to medicine and user experience. Software developers are important for designing applications, implementing algorithms, and reviewing documentation, codebases, and more.

According to the Bureau of Labor Statistics, the number of programming jobs may decline, but aspiring programmers can look forward to around 9,700 new positions each year. Coding also provides valuable opportunities to master a different skill set; the technical skills needed to build open-source frameworks to automate time-consuming programming tasks.

Students will need the know-how to create and master automation tools. Plus, developers can switch to training AI systems with more natural language tasks required in the near future.

So will AI replace humans in programming? Not yet. As long as students are willing to adopt a lifelong commitment to learning, jobs in technology are here to stay. Think of artificial intelligence like another coworker. It's designed to pick up the slack where humans need it so they can perform higher-level tasks. This partnership will push programming to the next level.

How Is Math Used in Cybersecurity?

Can Anyone Learn to Code?