It’s a great time to learn web development. U.S. News and World Report recently ranked development as the eighth-best job in tech, with a median salary of more than $73,000 a year.

Experts predict the demand for qualified developers will grow by 13% over the coming decade—“faster than the average for all occupations,” according to the U.S. Bureau of Labor Statistics. That means more than 25,000 new jobs by 2030.

Whether you want to work full-time in web development or create applications on the side, you need to know how to code. This article will introduce you to the most popular web development applications and technologies, as well as how they work, so you can choose which to learn.

What programming languages do web developers use? 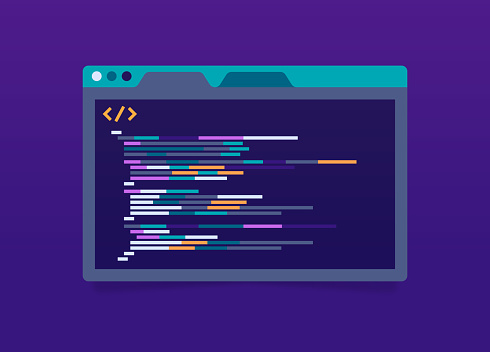 Web developers use different programming languages depending on what they’re building:

A full-stack developer can code on both the front and back end, a skillset that requires broader language expertise. Most developers start by learning front-end languages like JavaScript. 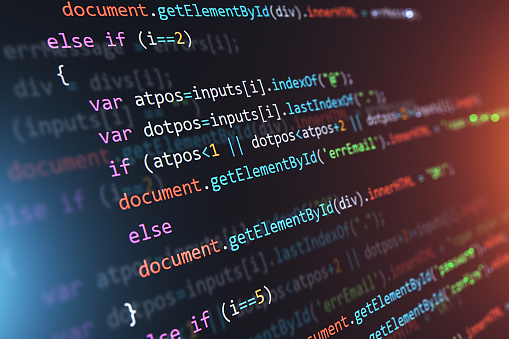 JavaScript is a scripting language. It runs directly from its source code; it doesn’t need to be translated into machine code before it runs.

JavaScript codes the front end of some of the world’s most famous websites LinkedIn, Amazon, Facebook, and more.

JavaScript is satisfying to use and relatively quick to learn, thanks to a massive user community and plenty of documentation. Once you’re familiar with the basics of JavaScript, you can start using libraries and frameworks that expand what this language can do.

React.js and React Native are open-sourced resources for front-end development.

With React.js, you build, arrange, and render reusable components. This makes app development simpler and more maintainable. React.js also uses a virtual document object model (DOM), which means you can make changes without writing directly to the main interface.

React Native is a larger framework for developing native mobile applications, though some developers have used it to build desktop apps. It uses React.js as its main library but adds much more functionality, mostly by integrating other languages like Java and C++.

React is one of the most popular frameworks for modern web development.

AngularJS is an open-source structural framework for dynamic app construction. It uses HTML as its template language but extends the available syntax so you can build and scale Rich Internet Applications (RIAs). An RIA gives web apps more interactivity and visual appeal by integrating elements of graphical desktop applications.

AngularJS creates single-page applications (SPAs). A SPA loads a single document and updates the content of that document using JavaScript. This fast-tracks the loading process and improves app performance.

As a cross-platform framework, AngularJS works on all major web browsers and can create mobile apps for Android and iOS.

Vue is a lightweight, basic JavaScript framework for building SPAs and uster interfaces (UIs). You can use Vue to enhance existing front-end code or write a single-page application from scratch.

Vue is particularly useful for:

Vue is what developers call “incrementally adoptable,” meaning you can get started right away with the basics and add more as you go. The framework is:

TypeScript takes all the standard functions of JavaScript and adds a typing feature to make code more secure, maintainable, and deployable. Unlike JavaScript, TypeScript is a strongly typed language—essentially, the programmer gets to assign names and limit them to specific purposes in their code.

TypeScript makes it easier to spot common coding errors and will warn you before you get a runtime error. You can use all of JavaScript’s available languages and application programming interfaces (APIs), but see more detail about your code and reduce errors.

TypeScript has a steeper learning curve than JavaScript, but once you learn it, it can save you significant troubleshooting time. The 2020 State of JS report named TypeScript the “uncontested leader” among JavaScript types. Among the 78% of JS users who’ve tried it, 93% would use it again.

Python is a general-purpose language that’s intuitive to learn and capable of creating highly advanced programs. In 2021, Python topped the list of most popular programming languages for the first time.

Most famous as the go-to programming language for machine learning, artificial intelligence, and data science, Python is also one of the best languages for web development. Primarily used on the back end, Python is an excellent language for beginners. Its syntax is simple and highly readable, even if it’s your first coding language.

Python is also an object-oriented programming language; it divides your code into self-contained units that you can transfer between projects to avoid redundant, from-scratch programming.

Most importantly, Python boasts an extensive and growing collection of modules, libraries, and frameworks—collections of pre-written code that let you scale app and software development quickly.

Django was developed to meet the fast-paced needs of a newsroom, and it shows. This open-source framework speeds the creation of functioning, scalable web applications, so you can build a functioning app in a matter of hours.

With Django, you get almost every structural component you might need “out of the box,” letting you build out the details of your app without wasting time on parts that have already been built. You also get pre-packaged solutions for common web development tasks, including user authentication and site mapping.

Like Django, Flask is a Python framework designed to make web application programming easier. It’s a microframework, so the focus is on simplicity. It’s easier to learn and launch than Django, but you can still use it to code larger apps.

Like Python, Ruby is an object-oriented programming language designed for usability. It’s popular among web developers because it:

Ruby is the basis for the popular Ruby on Rails framework for web applications. Like Ruby itself, Ruby on Rails is intuitive for non-programmers to learn. It has a massive user community and plenty of tutorials, plus dedicated libraries that make coding faster.

Because RoR is so quick to learn, it lets developers build and launch minimum viable products (MVPs) quickly. This makes it a popular framework for e-commerce brands like Shopify and Spree.

Jekyll is a simple static website generator that is based on Ruby. If you are interested in hosting static web pages for simple content, such as a blog, Jekyll provides an easy way to combine Markdown, Liquid, HTML, and CSS to deploy your website.

Swift is an open-source language for application development on Apple platforms. Built for modern app developers, it’s designed for power and speed as well as safety. It features:

Swift is a full-stack language that’s taking over from Apple’s older Objective-C code, but it’s compatible enough that Objective-C developers can still use it. It’s also a great language for brand-new coders, thanks to playgrounds and tutorials that let everyone experiment with coding. 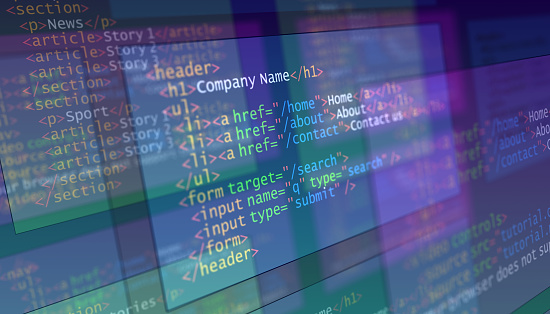 HyperText Markup Language (HTML) is the most popular markup language in the world, and it is a must-learn for front-end web developers. Compared to languages like JavaScript and Python, HTML is relatively simple.

HTML is a declarative markup language. It defines the elements of a web page through labeling—it does not process logic, manipulate data, or take inputs and produce outputs like a scripting language would. It is strictly used for page structuring and templating. Most beginning front-end developers start by learning HTML, and the format that web pages take when stored on servers.

HTML uses sections called “element blocks” to indicate parts of a website. Within those blocks, HTML adds tags to specify how different elements should look. For example:

It’s impossible to code a functioning website without HTML. In fact, if you right-click on any web page (not on a link) and select View Page Source, you can see the HTML for that site.

CSS is slightly more complex than HTML, but it’s still accessible to beginners and especially important for web design. Once you learn the basics, you can expand your knowledge with extension languages like SASS and its syntax SCSS.

SASS is growing in popularity and has an extensive resource library. The available resources, plus the large and supportive user community, make it a great preprocessor for beginners.

SCSS is the most common syntax used for SASS. It’s easier to read than other available syntaxes and converts more easily to CSS.

PHP, short for Hypertext Preprocessor, is a server scripting language. This language creates scripts on web servers that create customized responses for each user’s request—unlike what you’d get with a website that looks the same to everyone.

Learning PHP lets you create web pages that have customized user interfaces. One well-known example is WordPress, which uses PHP to structure and display thousands of different websites to visitors. PHP is why your WordPress site looks different than your colleague’s, and why you and other WordPress users have different dashboards.

What is the best programming language for web development?

If there were one simple answer to this question, there wouldn’t be so many languages on this list. JavaScript is a stellar language for front-end development, but you still need to know HTML and CSS to make it shine. And if you want to code on the back end, you’ll need something like Python under your belt.

Think of your programming knowledge as a toolbox. Every language you learn is a tool in that box. Being a successful developer means having a command over several languages and knowing which to draw on in a particular situation.

What web development languages are best for beginners?

If you’re a beginner at web programming, it can be tough to choose which language to learn first. Remember, most web development students start learning at the front end. Look for a course in HTML, CSS, or JavaScript.

Python is also easy for beginners to learn. There’s nothing wrong with starting there if you’re interested in the back end or software development more broadly.

Where can I learn web development?

Once you have an idea of where you want to start, check out the courses available. edX has high-quality web development courses and programs from some of the world’s top institutions. Full Stack Open is also a popular free resource that covers many of the basics of modern web development.

Finally, don’t feel like you have to learn everything about web development all at once. It’s a process, so take it step by step and enjoy every new skill you pick up. Before you know it, you’ll be ready to code your first web page.

Why Is It Important to Study a Foreign Language?